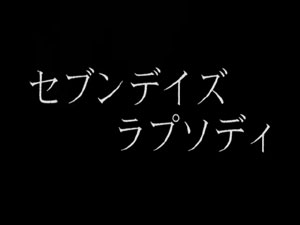 Finally had a chance to sit down and watch this year’s Lupin special. While I cannot say it was terrible, I cannot also say that it was particularly good either. It opens at the Aquaduct Race Track where Zenigata is keeping a watchful eye out for Lupin. He is drawn to the familiar sound of the engine of Lupin’s Fiat 500. However, he only spies Jigen in the car and realizes that Lupin must still be on the grounds.

Lupin has disguised himself as a jockey and has fixed the race in order to win the large wagers he has put down with local bookies. Zenigata sees through the disguise and promptly tries to arrest him in the locker room. In an amusing moment, Zenigata has shown that he has learned from past encounters. Rather than simply pulling Lupin’s mask off, he orders in a bomb squad and dumps the mask into steel box where it explodes harmlessly. While a small detail, it was refreshing and amusing to see the franchise acknowledging that a particular gag has been used so often that even Zenigata has caught on to it.

From there, Lupin runs into a young girl named Michelle; Michelle is the daughter of a very rich man and is being chased by some thugs. Lupin bails her out of trouble briefly, but the thugs eventually manage to take her. Jigen has hooked up with an old mercenary friend he last worked with in South Africa. We get a brief glimpse into Jigen’s past in South Africa, but this does not come into play beyond connecting him to the mercenary. This leaves Goemon working for Fujiko in order to steal a large diamond.

The three plot lines converge into a rather banal story where Michelle’s father and Jigen’s friend are trying to double-cross everyone to obtain the diamond and the details of the NDW system that turns diamonds into powerful explosives. It is difficult to call the special completely boring or terrible; it was paced well and kept the narrative and action decently balanced. However, the various plots just did not tie together to make for a compelling story.

This special is a prime example of what I believe is needed to reinvigorate the franchise. A new Lupin TV series should be produced, something that would like Ghost in the Shell: Stand Alone Complex. The premise of the special, indicated in the title, was that the events were to take place over seven days. However, only having ninety minutes in which to work, the various plot threads could do little but chase MacGuffins around with few consequences.

Jigen was forced into hunting down Lupin; while this produced some decent action sequences, their conflict was brief and had little effect on the plot. This can be said of all three plot lines; the NDW system is briefly mentioned and used making it feel tacked on to keep the plot moving and to tie it into Fujiko’s plot. All these elements and plot devices converge but were given so little development that the ending is anti-climatic.

But given enough time, these elements could have developed into richer story. Looking at this special and the previous two, this seems to be a common theme. The premise of the special is interesting, but there just is not enough room in ninety minutes to develop more than paper-thin supporting cast, villains, and plots. The time has come for TMS to invest in a new TV series for Lupin and give it a chance to capture a larger portion of the new generation. While we all wait in vain for this to happen, enjoy some captures from 2006’s attempt.

Heh, the pics you chose of Michelle and the first one of Fujiko are identical to two screenshots in the soundtrack's liner notes. Coincidence?

Also, I was the one who posted a little review of this special's soundtrack to the Yahoo group. If I may ask, was all the music in the style of a Yuji Ohno jazz album, or was there more of an orchestral-type of score to it also?

Yes, complete coincidence on the Michelle capture. Perhaps I have a second career in designing album artwork for soundtracks. :) The Fujiko one though I believe was used on either the lupin-3rd.net or NTV page. It's all about the cleavage.

Haven't ordered a copy for myself yet but likely will when the DVD is released. As for the score, I couldn't remember too much about it off the top of my head. It didn't make much of an impression. There was the obligatory jazz club scene complete with animated Ohno cameo. I quickly scanned some scenes; a few had a jazzy feel to them. But, most of it sounds like typical material you could find on any of the past soundtracks.

Hey there Luis, nice review on SDR.The last three TV specials have shown that the writers and directors were coming up with good concepts but they just never worked when executed. Operation Return the treasure did have stronger villians because they were fairly well developed but the plot ran out of steam in the third act. Stolen Lupin had thin characters and a plot that went into a few useless twists and added up to nothing interesting. Angels Tatics was crammed with action and had a very weak plot, weak villians,and was highly predicatble. The characters should be first developed then start with a simple plot and develop it along the way to something bigger, exactly what made a special like Tokyo Crisis work so well.

Thanks; Stolen Lupin is another great example of why a new TV series needs to be made. Returning the treasures could have been stretched out to form a decent story arc during a TV run. Sure, the premise may get a bit thin, but it would allow the returns to be more elaborate and provide the opportunity to build the villains better as they try to thwart the attempts.

I agree that the plot should be simple; it worked for Cagliostro, Fuma, and the other top shelf titles. What seems to be lacking in recent specials is an ultimate goal. Lupin and the gang start off chasing after something, but that something soon becomes irrelevant leaving everyone to stumble around to some sort of conclusion.

Start with a simple beginning and a concrete ending, and the middle will attend to itself.

I think the fact that there are still unique ideas, such as this special taking place over seven days, left at this point for Lupin is an upside to the special in itself. For a series that's been going in some form or another since 1967, and has a legacy dating 1905, this is nothing short of inspiring.

That being said, the execution seems to be the problem. While I haven't seen the special, reading your review makes me feel this special had a lot of opportunities it could've picked up upon that, for whatever reason, it didn't.

I'm not quite the Lupin expert I'd like to be in that I haven't seen as much as I'd like to, but for instance, have Lupin and Jigen ever really had it out? The closest I recall to it was First Contact, and even that was ended abruptly thanks to the circumstances. I think Lupin and Jigen being on opposing sides and really having a go at it that isn't either staged (Lupin III Second Series "The Rose And The Pistol") or ended by extenuating circumstances (Lupin III Episode 0: First Contact) could be interesting. Obviously, it has to come out with them somehow resolving it without killing each other but I think some such fight, perhaps with one of them mind controlled or something (Stranger things have happened in Lupin's long history), could be interesting. Yet this special fails to capitalize on that.

I also think that these specials need to move away from the generic "Lupin meets a woman that drags him into something" plot that these specials seem to follow a lot. Like I said, it's amazing they can come up with anything unique at all this point but at least recycle a different set-up once in a while.

The "seven days" device really wasn't utilized in the special. They noted the change of days, but it had little bearing on the actual plot. Again, I believe this is due to the time constraint the specials work under. The concepts are there, but they might be too ambitious for the allotted ninety minutes.

Return the Treasure was one of the unique plots in the past few years. Not only did it have Lupin having to return stolen goods, but it also did not rely on a damsel in distress to propel the story forward. Given a TV series run to develop it more, this concept would have reinvigorated the franchise.

Lupin and Jigen have never really had it out mainly because there has been no cause for them to do so. The closest they have come would be in Mamo. Jigen is fed up with Lupin's antics and decides to part ways with him. However, something in Jigen's character refuses to let him give up on the lanky lunkhead. It would take a major betrayal on either's part before they would truly be looking for blood.

I agree with you wholeheartedly. Even considering how long they've been around, I still believe there's a huge supply of untapped potential for these characters. Now and again I see a spark of something interesting in a special and think 'If only they'd expanded more on that idea!'. A new TV series would make me a very happy fan indeed.

I'm still sad the special wasn't actually '70's Rhapsody' as some sites had mistakenly reported. I had visions of something retro cool dancing in my head. Ooooh, maybe time travel? If we can have evil brains and vampires, why can't we have time travel?

Well, it doesn't necessarily have to be about time travel. A '70s based special could be about the adventures of a young Lupin and his pompadour. Lupin's past is the one gimmick they haven't touched on much. It might be odd not to have the usual cast of five missing from the special, but it would be interesting to see if a good story written just for Lupin could be pulled off.

Though a remake of Time Bandits featuring Lupin might be interesting...