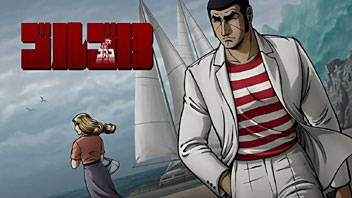 Episode twenty takes Golgo to the island of Malta on behalf of the British government. Arnold, an agent of theirs, went rogue, making his escape during his honeymoon on the island years ago. His abandoned wife Stella has lived on the island awaiting his return but enduring the scorn of the locals. MI6 is convinced Arnold will never return for Stella, but Golgo knows best and completes his mission.

Even though Golgo daily watches Stella’s torment and utter love and devotion to Arnold, he never hesitates to pull the trigger and kill Arnold when he does return for her. His own small mercy to her is killing him far enough out at sea. She never learns who or what he truly was and only believes he abandoned her. While the pacing was lethargic, the story is worth watching for this rare glimpse of kindness, the barest Duke can muster. 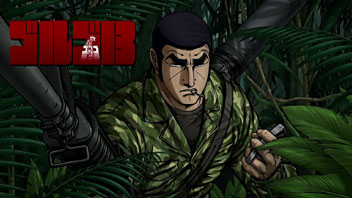 Bandits are terrorizing villages in the Amazon; when one man’s village is pillaged and his family murdered, he attempts to hire Golgo’s services to wipe out the bandits and their cruel leader Falcon. In an odd turn, Golgo refuses the job and tells the man to go to the police. The man laughs maniacally and states the police are just as evil and corrupt; his dying breath is a hate filled plea for Golgo to take vengeance for him.

What follows is a strange turn for a Golgo story; Golgo decides to take the mission and singlehandedly destroys the police and bandits. But why? If he initially refused the job, why did the dying man’s plea change his mind? The challenge? Something of his own personality reflected in the dead man’s gaze? It is odd to have him act somewhat out of character, almost an act of pity, but I welcome the head scratcher of a conundrum. Breaks up the monotony of the series a bit. 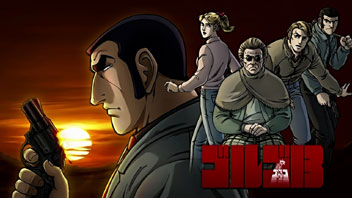 Another sad tale is told in episode twenty-two, but Golgo is surprisingly not the cause. A young girl and her blind mother are tending a desert motel and awaiting the return of their brother/son. Golgo pulls up with trouble sure to follow behind him. That trouble turns out to be a report of two men robbing a casino in Reno, killing two guards as they escaped. When the son returns, it is quickly clear that he is one of the robbers, his accomplice slipping into the motel before mother or sister could find out.

Surprisingly, Golgo leaves the motel soon after without confronting either man. Sadly, the mother may be blind but not stupid or deaf. She knew all along that a second man was with her son, and that the pair are the fugitives. She waves her late husband’s gun around demanding her son to point her to the man that corrupted her precious child. A gunshot rings out, and I’m sure you’ve spotted the tragedy in this by now.

The accomplice leaves and meets up with the man that planned the entire job. The boss quickly guns down the accomplice, leaves with the money, and immediately faces off with Golgo. The local sheriff apparently wanted a piece of the mob’s pie and thinks he can outdraw Golgo to keep it. He was wrong. While the story was mostly predictable, kudos to the writers for producing a true tragic moment in the series. The son’s death and how the sister handled it was a surprising touch. Pity the ending was anti-climactic.