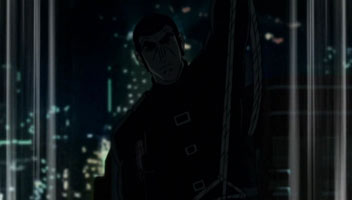 Ah… They finally managed to pen an interesting episode. Duke is hired to assassinate mafia boss Bugsy "Big" Gabole before the FBI can turn him into their star witness. The mission is a success, and Duke gets a good, hard look at Bugsy’s mug. However, a new assignment is presented to him in Hong Kong. Kill the man that setup up the hit on Bugsy. The client… is none other than Bugsy "Big" Gabole.

This one certainly has a number of twists to it, most you can seem coming. Yet, it manages to stand out as one of the better episodes; the story and action worked well together and kept me entertained. At least they tried something different and tried to pen a different sort of story.